The Andaman Islands form an archipelago in the Bay of Bengal between India, to the west, and Myanmar, to the north and east. Most are part of the Andaman and Nicobar Islands which are a Union Territory of India, while a small number in the north of the archipelago, including the Coco Islands, belong to Myanmar.

The Andaman Islands are home to the Andamanese, a group of indigenous people that includes a number of tribes, including the Jarawa and Sentinelese tribes. While some of the islands can be visited with permits, entry to others, including North Sentinel Island, is banned by law. The Sentinelese are generally hostile to visitors and have had little contact with any other people. The government protects their right to privacy.

The origin of the name Andaman is disputed and not well known.

In the 13th century, the name of Andaman appears in Chinese as Yen-to-man (晏陀蠻) in the book Zhu Fan Zhi by Zhao Rugua. In Chapter 38 of the book, Countries In The Sea, Zhao Rugua specifies that going from Lambri (Sumatra) to Ceylon, it is an unfavourable wind which makes ships drift towards Andaman Islands.ref>

The earliest archaeological evidence yet documented goes back some 2,200 years; however, the indications from genetic, cultural and isolation studies suggest that the islands may have been inhabited as early as the Middle Paleolithic. The indigenous Andamanese people appear to have lived on the islands in substantial isolation from that time until the 18th century.

In 1789, the Bengal Presidency established a naval base and penal colony on Chatham Island in the southeast bay of Great Andaman. The settlement is now known as Port Blair (after the Bombay Marine lieutenant Archibald Blair who founded it). After two years, the colony was moved to the northeast part of Great Andaman and was named Port Cornwallis after Admiral William Cornwallis. However, there was much disease and death in the penal colony and the government ceased operating it in May 1796.

In 1824, Port Cornwallis was the rendezvous of the fleet carrying the army to the First Burmese War. In the 1830s and 1840s, shipwrecked crews who landed on the Andamans were often attacked and killed by the natives and the islands had a reputation for cannibalism. The loss of the Runnymede and the Briton in 1844 during the same storm, while transporting goods and passengers between India and Australia, and the continuous attacks launched by the natives, which the survivors fought off, alarmed the British government. In 1855, the government proposed another settlement on the islands, including a convict establishment, but the Indian Rebellion of 1857 forced a delay in its construction. However, because the rebellion gave the British so many prisoners, it made the new Andaman settlement and prison urgently necessary. Construction began in November 1857 at Port Blair using inmates' labour, avoiding the vicinity of a salt swamp that seemed to have been the source of many of the earlier problems at Port Cornwallis.

17 May 1859 was another major day for Andaman. The Battle of Aberdeen was fought between the Great Andamanese tribe and the British. Today, a memorial stands in Andaman water sports complex as a tribute to the people who lost their lives. Fearing foreign invasion and with help from an escaped convict from Cellular Jail, the Great Andamanese stormed the British post, but they were outnumbered and soon suffered heavy loss of life. Later, it was identified that an escaped convict named Doodnath had changed sides and informed the British about the tribe's plans. Today, the tribe has been reduced to some 50 people, with less than 50% of them adults. The government of the Andaman Islands is making efforts to increase the headcount of this tribe.

In 1867, the ship Nineveh wrecked on the reef of North Sentinel Island. The 86 survivors reached the beach in the ship's boats. On the third day, they were attacked with iron-tipped spears by naked islanders. One person from the ship escaped in a boat and the others were later rescued by a British Royal Navy ship.

For some time, sickness and mortality were high, but swamp reclamation and extensive forest clearance continued. The Andaman colony became notorious with the murder of the Viceroy Richard Southwell Bourke, 6th Earl of Mayo, on a visit to the settlement (8 February 1872), by a Muslim convict, a Pathan from Afghanistan, Sher Ali Afridi. In the same year, the two island groups Andaman and Nicobar, were united under a chief commissioner residing at Port Blair.

From the time of its development in 1858 under the direction of James Pattison Walker, and in response to the mutiny and rebellion of the previous year, the settlement was first and foremost a repository for political prisoners. The Cellular Jail at Port Blair, when completed in 1910, included 698 cells designed for solitary confinement; each cell measured with a single ventilation window above the floor. A notable prisoner there was Vinayak Damodar Savarkar.

The Indians imprisoned here referred to the island and its prison as Kala Pani ("black water"); a 1996 film set on the island took that term as its title, Kaalapani. The number of prisoners who died in this camp is estimated to be in the thousands. Many more died of harsh treatment and the harsh living and working conditions in this camp.

The Viper Chain Gang Jail on Viper Island was reserved for troublemakers, and was also the site of hangings. In the 20th century, it became a convenient place to house prominent members of India's independence movement.

The Andaman and Nicobar islands were occupied by Japan during World War II. The islands were nominally put under the authority of the Arzi Hukumat-e-Azad Hind (Provisional Government of Free India) headed by Subhas Chandra Bose, who visited the islands during the war, and renamed them as Shaheed (Martyr) & Swaraj (Self-rule). On 30 December 1943, during the Japanese occupation, Bose, who was allied with the Japanese, first raised the flag of Indian independence. General Loganathan, of the Indian National Army, was Governor of the Andaman and Nicobar Islands, which had been annexed to the Provisional Government. According to Werner Gruhl: "Before leaving the islands, the Japanese rounded up and executed 750 innocents."

At the close of World War II, the British government announced its intention to abolish the penal settlement. The government proposed to employ former inmates in an initiative to develop the island's fisheries, timber, and agricultural resources. In exchange, inmates would be granted return passage to the Indian mainland, or the right to settle on the islands. J H Williams, one of the Bombay Burma Company's senior officials, was dispatched to perform a timber survey of the islands using convict labor. He recorded his findings in 'The Spotted Dear' (1957).

The penal colony was eventually closed on 15 August 1947 when India gained independence. It has since served as a museum to the independence movement.

In April 1998, American photographer John S Callahan organised the first surfing project in the Andamans, starting from Phuket in Thailand with the assistance of Southeast Asia Liveaboards (SEAL), a UK owned dive charter company. With a crew of international professional surfers, they crossed the Andaman Sea on the yacht Crescent and cleared formalities in Port Blair. The group proceeded to Little Andaman Island, where they spent ten days surfing several spots for the first time, including Jarawa Point near Hut Bay and the long right reef point at the southwest tip of the island, named Kumari Point. The resulting article in Surfer Magazine, "Quest for Fire" by journalist Sam George, put the Andaman Islands on the surfing map for the first time. Footage of the waves of the Andaman Islands also appeared in the film Thicker than Water, shot by documentary filmmaker Jack Johnson, who later achieved worldwide fame as a popular musician. Callahan went on to make several more surfing projects in the Andamans, including a trip to the Nicobar Islands in 1999.

On 26 December 2004, the coast of the Andaman Islands was devastated by a tsunami following the 2004 Indian Ocean earthquake, which is the longest recorded earthquake, lasting for between 500 and 600 seconds. Strong oral traditions in the area warned of the importance of moving inland after a quake and is credited with saving many lives. In the aftermath, more than 2,000 people were confirmed dead and more than 4,000 children were orphaned or had lost one parent. At least 40,000 residents were rendered homeless and were moved to relief camps. On 11 August 2009, a magnitude 7 earthquake struck near the Andaman Islands, causing a tsunami warning to go into effect. On 30 March 2010, a magnitude 6.9 earthquake struck near the Andaman Islands.

In November of 2018, John Allen Chau, an American missionary, traveled illegally with the help of local fishermen to the North Sentinel Island of the Andaman Islands chain group on several occasions, despite a travel ban to the island. He is reported to have been killed. A 2018 Restricted Area Permit (RAP) regime relaxed the prohibition on visiting islands in the area, but this plan was intended only to allow researchers and anthropologists, with pre-approved clearance, to visit the Sentinel islands. Chau had no such clearance and knew that his visit was illegal.

The Andaman Archipelago is an oceanic continuation of the Burmese Arakan Yoma range in the North and of the Indonesian Archipelago in the South. It has 325 islands which cover an area of ,with the Andaman Sea to the east between the islands and the coast of Burma.North Andaman Island is south of Burma, although a few smaller Burmese islands are closer, including the three Coco Islands.

The Ten Degree Channel separates the Andamans from… 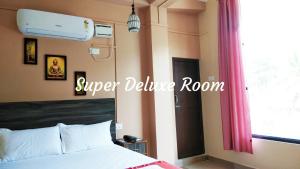 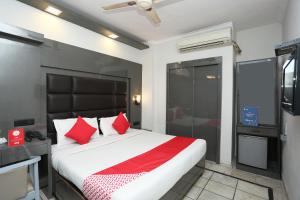 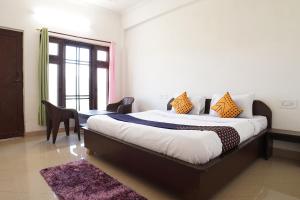 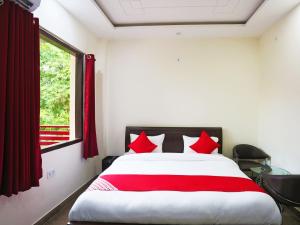 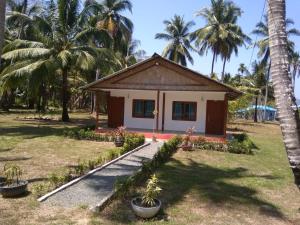 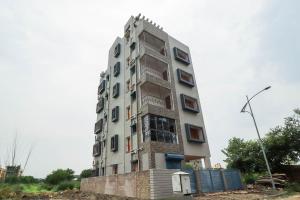 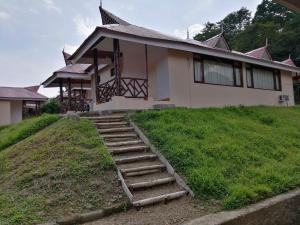 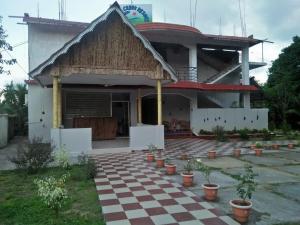 Coral Creek Resort
Yāditā
More hotels
We do not have results related to Andaman Islands
We suggest you to extend your selection: