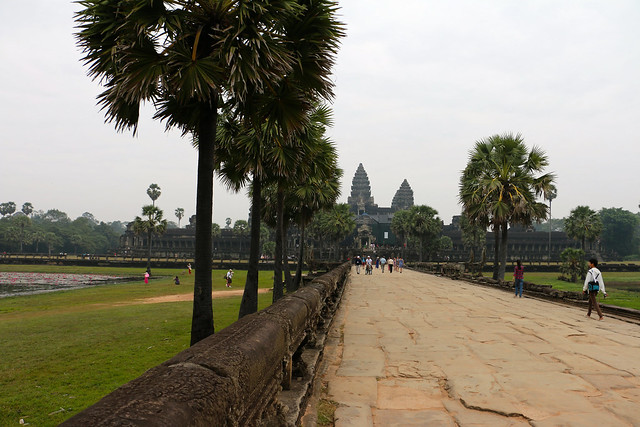 Angkor Wat (English: /ˌæŋk_ˈwɒt/; Khmer: អង្គរវត្ត, "City/Capital of Temples") is a temple complex in Cambodia and is the largest religious monument in the world, on a site measuring . Originally constructed as a Hindu temple dedicated to the god Vishnu for the Khmer Empire, it was gradually transformed into a Buddhist temple towards the end of the 12th century. It was built by the Khmer King Suryavarman II in the early 12th century in Yaśodharapura (Khmer: យសោធរបុរៈ, present-day Angkor), the capital of the Khmer Empire, as his state temple and eventual mausoleum. Breaking from the Shaiva tradition of previous kings, Angkor Wat was instead dedicated to Vishnu. As the best-preserved temple at the site, it is the only one to have remained a significant religious centre since its foundation. The temple is at the top of the high classical style of Khmer architecture. It has become a symbol of Cambodia, appearing on its national flag, and it is the country's prime attraction for visitors.

Angkor Wat combines two basic plans of Khmer temple architecture: the temple-mountain and the later galleried temple. It is designed to represent Mount Meru, home of the devas in Hindu mythology: within a moat more than 5 kilometres (3 mi) long and an outer wall long are three rectangular galleries, each raised above the next. At the centre of the temple stands a quincunx of towers. Unlike most Angkorian temples, Angkor Wat is oriented to the west; scholars are divided as to the significance of this. The temple is admired for the grandeur and harmony of the architecture, its extensive bas-reliefs, and for the numerous devatas adorning its walls.

Angkor Wat lies north of the modern town of Siem Reap, and a short distance south and slightly east of the previous capital, which was centred at Baphuon. In an area of Cambodia where there is an important group of ancient structures, it is the southernmost of Angkor's main sites.

According to legend, the construction of Angkor Wat was ordered by Indra to serve as a palace for his son Precha Ket Mealea. According to the 13th-century Chinese traveller Zhou Daguan, some believed that the temple was constructed in a single night by a divine architect.

The initial design and construction of the temple took place in the first half of the 12th century, during the reign of Suryavarman II (ruled 1113 – c. 1150). Dedicated to Vishnu, it was built as the king's state temple and capital city. As neither the foundation stela nor any contemporary inscriptions referring to the temple have been found, its original name is unknown, but it may have been known as "Varah Vishnu-lok" after the presiding deity. Work seems to have ended shortly after the king's death, leaving some of the bas-relief decoration unfinished. In 1177, approximately 27 years after the death of Suryavarman II, Angkor was sacked by the Chams, the traditional enemies of the Khmer. Thereafter the empire was restored by a new king, Jayavarman VII, who established a new capital and state temple (Angkor Thom and the Bayon respectively) a few kilometres to the north.

Towards the end of the 12th century, Angkor Wat gradually transformed from a Hindu centre of worship to Buddhism, which continues to the present day.Angkor Wat is unusual among the Angkor temples in that although it was largely neglected after the 16th century it was never completely abandoned. Fourteen inscriptions dated from the 17th century discovered in Angkor area testify to Japanese Buddhist pilgrims that had established small settlements alongside Khmer locals. At that time, the temple was thought by the Japanese visitors as the famed Jetavana garden of the Buddha, which originally located in the kingdom of Magadha, India. The best-known inscription tells of Ukondafu Kazufusa, who celebrated the Khmer New Year at Angkor Wat in 1632.

One of the first Western visitors to the temple was António da Madalena, a Portuguese friar who visited in 1586 and said that it "is of such extraordinary construction that it is not possible to describe it with a pen, particularly since it is like no other building in the world. It has towers and decoration and all the refinements which the human genius can conceive of."

In the mid-19th century, the temple was effectively rediscovered by the French naturalist and explorer Henri Mouhot, who popularised the site in the West through the publication of travel notes, in which he wrote:Angkor Wat may relate to the architecture of the Greek and Roman record explored in terms of the west rather than east orientation of the temple. Some architects have written that it is 'correct' for the construction to be facing to the west. In temple orientations for the Greek and Etruscan context, west is associated with "right" and the "underworld" to suggest a religious connection of the building.

Mouhot, like other early Western visitors, found it difficult to believe that the Khmers could have built the temple and mistakenly dated it to around the same era as Rome. His reports inspired the French government, already an established presence in Indochina, to begin a systematic study of the ruins. The true history of Angkor Wat was pieced together from stylistic and epigraphic evidence accumulated during subsequent clearing and restoration work. There were no ordinary dwellings or houses or other signs of settlement, including cooking utensils, weapons, or items of clothing usually found at ancient sites. Instead there is only the evidence of the monuments themselves. An exploration commission began drawing up a list of principal monuments. Subsequent missions copied inscriptions written on Angkor buildings so scholars might translate them and learn something of Angkor's history. By 1885 they had worked up a chronology of the rulers and developed the outlines of a description of the civilization that had produced the temple complex. In 1898 the French decided to commit substantial funds to Angkor's preservation. Centuries of neglect had permitted the jungle to recapture many of the more significant structures, and unless efforts were made to free the buildings from the embrace of huge banyan and silk-cotton trees, they might soon be crushed to destruction.

The 20th century saw considerable restoration of Angkor Wat. Gradually teams of laborers and archeologists pushed back the jungle and exposed the expanses of stone, permitting the sun once again to illuminate the dark corners of the temple. Work was interrupted by the Cambodian Civil War and Khmer Rouge control of the country during the 1970s and 1980s, but relatively little damage was done during this period. Camping Khmer Rouge forces used whatever wood remained in the building structures for firewood, and a shoot-out between Khmer Rouge and Vietnamese forces put a few bullet holes in a bas relief. Far more damage was done after the wars, by art thieves working out of Thailand, which, in the late 1980s and early 1990s, claimed almost every head that could be lopped off the structures, including reconstructions.

The temple is a powerful symbol of Cambodia, and is a source of great national pride that has factored into Cambodia's diplomatic relations with France, the United States and its neighbour Thailand. A depiction of Angkor Wat has been a part of Cambodian national flags since the introduction of the first version circa 1863. From a larger historical and even transcultural perspective, however, the temple of Angkor Wat did not become a symbol of national pride sui generis but had been inscribed into a larger politico-cultural process of French-colonial heritage production in which the original temple site was presented in French colonial and universal exhibitions in Paris and Marseille between 1889 and 1937. Angkor Wat's aesthetics were also on display in the plaster cast museum of Louis Delaporte called musée Indo-chinois which existed in the Parisian Trocadero Palace from c.1880 to the mid-1920s.

The splendid artistic legacy of Angkor Wat and other Khmer monuments in the Angkor region led directly to France adopting Cambodia as a protectorate on 11 August 1863 and invading Siam to take control of the ruins. This quickly led to Cambodia reclaiming lands in the northwestern corner of the country that had been under Siamese (Thai) control since AD 1351 (Manich Jumsai 2001), or by some accounts, AD 1431. Cambodia gained independence from France on 9 November 1953 and has controlled Angkor Wat since that time. It is safe to say that from the colonial period onwards until the site's nomination as UNESCO World Heritage in 1992, this specific temple of Angkor Wat was instrumental in the formation of the modern and gradually globalised concept of built cultural heritage.

In December 2015, it was announced that a research team from University of Sydney had found a previously unseen ensemble of buried towers built and demolished during the construction of Angkor Wat, as well as massive structure of unknown purpose on its south side and wooden fortifications. The findings also include evidence of low-density residential occupation in the region, with a road grid, ponds and mounds. These indicate that the temple precinct, bounded by moat and wall, may not have been used exclusively by the priestly elite, as was previously thought. The team used LiDAR, ground-penetrating radar and targeted excavation to map A… 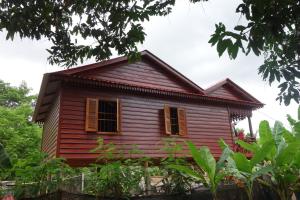 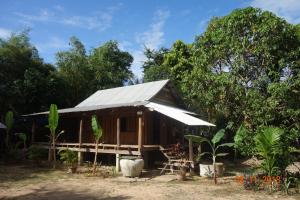 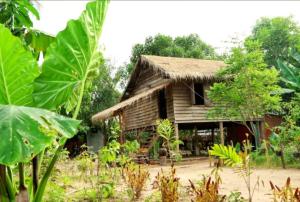 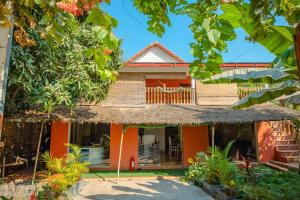 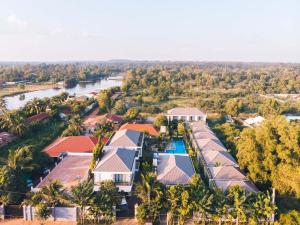 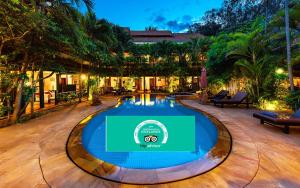 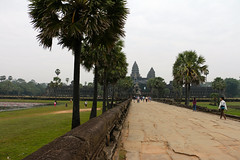 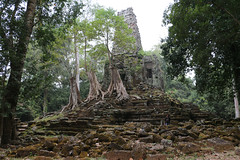 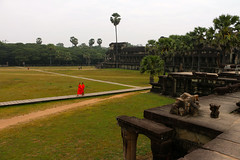 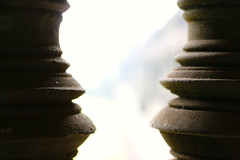 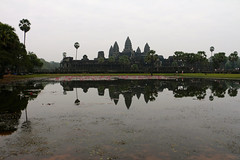 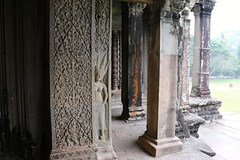 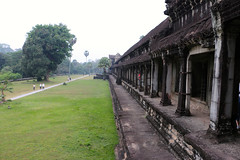 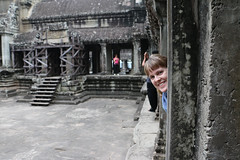 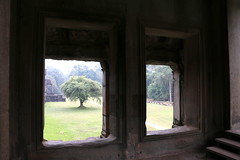 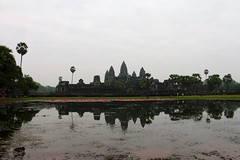 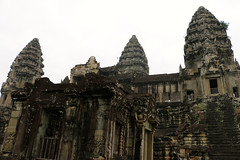 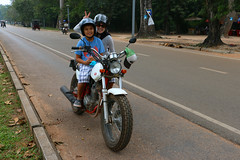 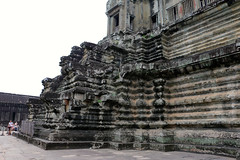 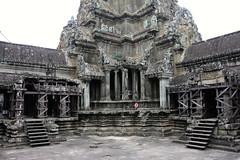 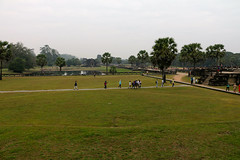 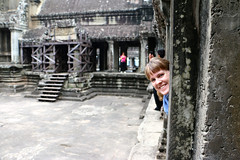 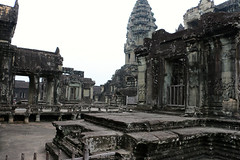 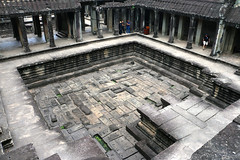 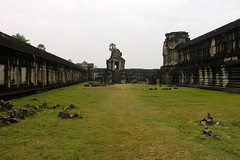 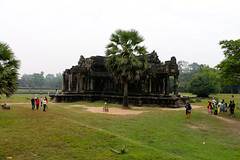 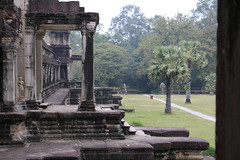 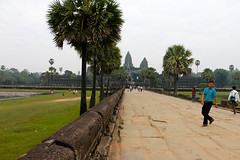 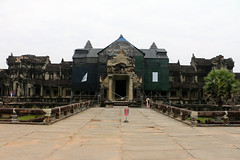