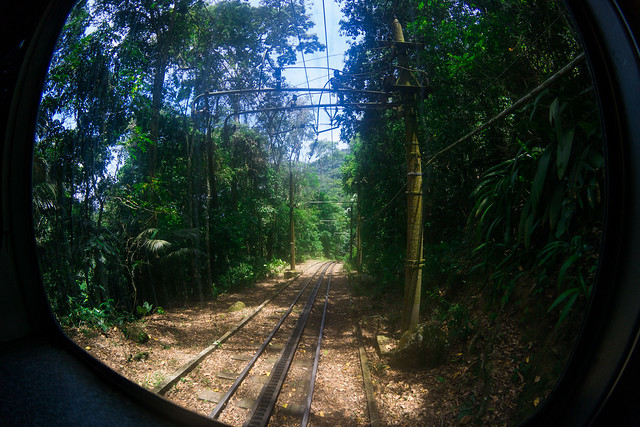 Corcovado (Portuguese: [koʁkoˈvadu]), means "hunchback" in Portuguese, is a mountain in central Rio de Janeiro, Brazil. It is a 710-metre (2,329 ft) granite peak located in the Tijuca Forest, a national park. It is sometimes confused with nearby Sugarloaf Mountain.

Corcovado hill lies just west of the city center but is wholly within the city limits and visible from great distances. It is known worldwide for the 38-metre (125 ft) statue of Jesus atop its peak, entitled ''Cristo Redentor'' or "Christ the Redeemer".

The peak and statue can be accessed via a narrow road, by the 3.8 kilometre (2.4 mi) Corcovado Rack Railway, which was opened in 1884 and refurbished in 1980, or by the walking trail on the south side of the mountain that starts from Parque Lage. The railway uses three electrically powered trains, with a passenger capacity of 540 passengers per hour. The rail trip takes approximately 20 minutes and departs every 20 minutes. Due to its limited passenger capacity, the wait to board at the entry station can take several hours. The year-round schedule is 8:30 to 18:30.

From the train terminus and road, the observation deck at the foot of the statue is reached by 223 steps, or by elevators and escalators. Among the most popular year-round tourist attractions in Rio, the Corcovado railway, access roads, and statue platform are commonly crowded.

The most popular attraction of Corcovado mountain is the statue and viewing platform at its peak, drawing over 300,000 visitors per year. From the peak's platform the panoramic view includes downtown Rio, Sugarloaf Mountain, the Lagoa Rodrigo de Freitas (lake), Copacabana and Ipanema beaches, Estádio do Maracanã (Maracanã Stadium), and several of Rio's favelas. Cloud cover is common in Rio and the view from the platform is often obscured. Sunny days are recommended for optimal viewing.

Notable past visitors to the mountain peak include Pope Pius XII, Pope John Paul II, Alberto Santos-Dumont, Albert Einstein, Diana, Princess of Wales, and General Sherman, among others. An additional attraction of the mountain is rock climbing. The south face had 54 climbing routes in 1992. The easiest way starts from Park Lage.

The Corcovado is also a symbol of the Brazilian culture.

The peak of Corcovado is a big granite dome, which describes a generally vertical rocky formation. It is claimed to be the highest such formation in Brazil, the second highest being Pedra Agulha, situated near to the town of Pancas in Espírito Santo. 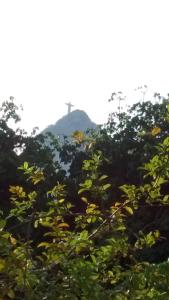 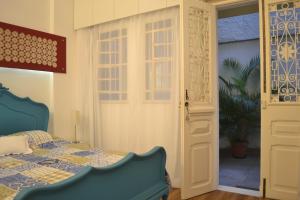 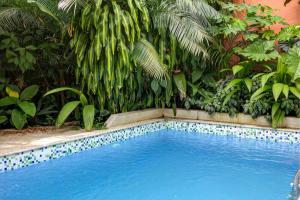 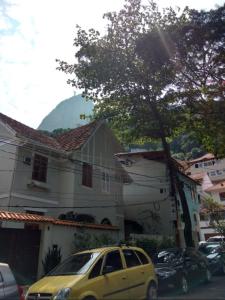 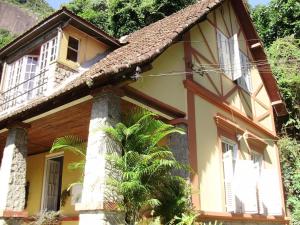 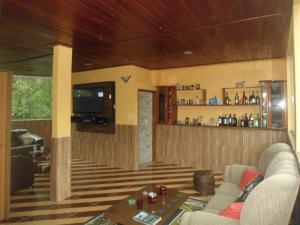 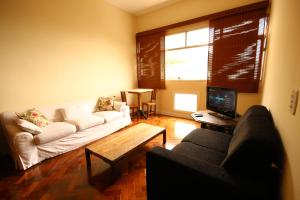 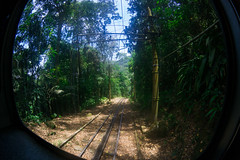 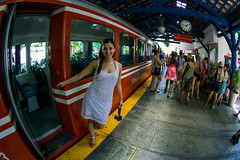 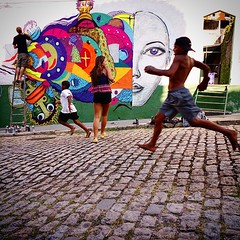 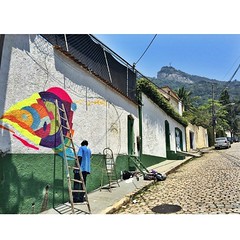 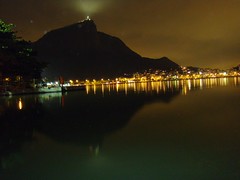 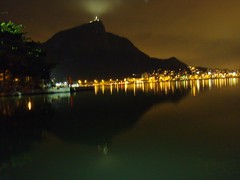 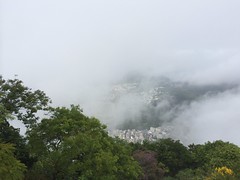 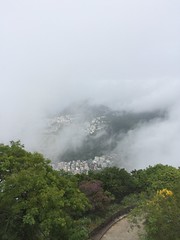 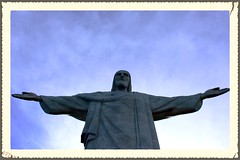 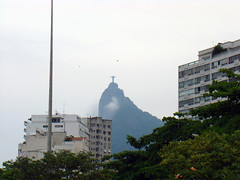 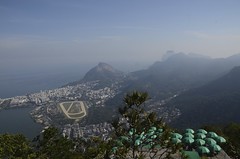 Estádio do Maracanã (Back…
Tijuca 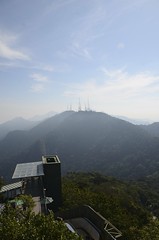 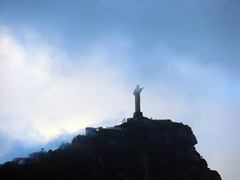 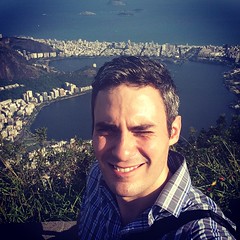 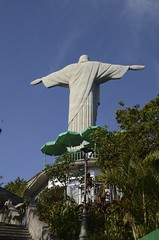 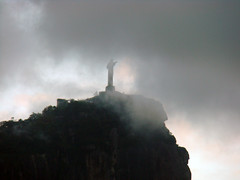 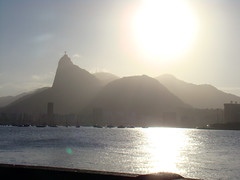 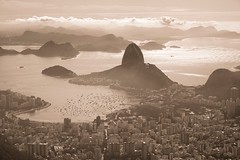