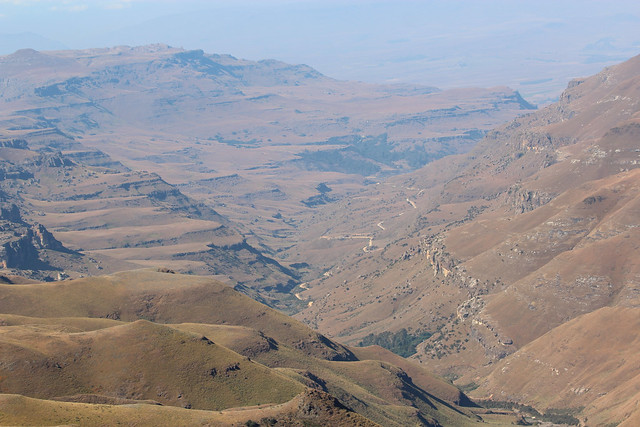 KwaZulu-Natal (English: /kwˌzl_nəˈtl/; also referred to as KZN and known as "the garden province"; Zulu: iKwaZulu-Natali; Xhosa: KwaZulu-Natal; Afrikaans: KwaZoeloe-Natal) is a province of South Africa that was created in 1994 when the Zulu bantustan of KwaZulu ("Place of the Zulu" in Zulu) and Natal Province were merged. It is located in the southeast of the country, enjoying a long shoreline beside the Indian Ocean and sharing borders with three other provinces and the countries of Mozambique, Eswatini and Lesotho. Its capital is Pietermaritzburg and its largest city is Durban. It is the 2nd most populous province in South Africa, with slightly fewer residents than Gauteng.

During the 1830s and early 1840s, the northern part of what is now KwaZulu-Natal was occupied by the Zulu Kingdom while the southern part was, briefly, the Boer republic of Natalia before becoming, in 1843, the British Colony of Natal. KwaZulu remained independent until 1879.

KwaZulu-Natal is the birthplace of many notable figures in South Africa's history, such as Albert Luthuli, the first non-white and the first person from outside Europe and the Americas to be awarded the Nobel Peace Prize (1960); Pixley ka Isaka Seme, the founder of the African National Congress (ANC) and South Africa's first black lawyer; John Langalibalele Dube, the ANC's founding president; Harry Gwala, ANC member and anti-apartheid activist; Mangosuthu Buthelezi, the founder of the Inkatha Freedom Party (IFP); Anton Lembede, the founding president of the ANC Youth League; Jacob Zuma, the former President of South Africa; and Bhambatha, a 19th-century Zulu chief who became an anti-apartheid icon.

Two areas in KwaZulu-Natal have been declared UNESCO World Heritage Sites: the iSimangaliso Wetland Park and the uKhahlamba Drakensberg Park.

At around 92,100 km in area, KwaZulu-Natal is roughly the size of Portugal. It has three different geographic areas. The lowland region along the Indian Ocean coast is extremely narrow in the south, widening in the northern part of the province, while the central Natal Midlands consists of an undulating hilly plateau rising toward the west. Two mountainous areas, the western Drakensberg Mountains and northern Lebombo Mountains form, respectively, a solid basalt wall rising over beside Lesotho border and low parallel ranges of ancient granite running southward from Eswatini. The area's largest river, the Tugela, flows west to east across the center of the province.

The province contains rich areas of biodiversity of a range of flora and fauna. The iSimangaliso Wetland Park and the uKhahlamba Drakensberg Park have been declared UNESCO World Heritage Sites. The iSimangaliso Wetland Park, along with uKhahlamba Drakensberg Park and Ndumo, are wetlands of international importance for migratory species, and are designated as Ramsar sites. South Africa signed the 1971 Ramsar Convention to try to conserve and protect important wetlands because of their importance to habitats and numerous species.

The former Eastern Cape enclave of the town of Umzimkulu and its hinterland have been incorporated into KwaZulu-Natal following the 12th amendment of the Constitution of South Africa. The amendment also made other changes to the southern border of the province.

The northwesterly line of equal latitude and longitude traverses the province from the coast at Hibberdene ((-30°35' 30°35')) to northeast Lesotho.

KwaZulu-Natal borders the following areas of Mozambique, Eswatini and Lesotho:

Domestically, it borders the following provinces:

In 2012, the Ingonyama Trust owns 32% of the land in KwaZulu-Natal, in many municipalities. This amounts to about three million hectares, occupied by over 4 million people. The Zulu king is the chairman of the Trust.

The coastline is dotted with small towns, many of which serve as seasonal recreational hubs. The climate of the coastal areas is humid and subtropical, comparable to southern Florida in the United States, but not quite as hot and rainy in the summer. As one moves further north up the coast towards the border of Mozambique, the climate becomes almost purely tropical. North of Durban is locally referred to as "The North Coast", while south is "The South Coast". The Kwazulu-Natal Tourist board includes towns such as Margate, Port Shepstone, Scottburgh and Port Edward in its definition of the South Coast, while Ballito, Umhlanga and Salt Rock are North Coast resort towns.

Beaches of world-class quality are to be found along virtually every part of South Africa's eastern seaboard, with some of the least-developed gems found in the far southern and far northern ends of the province. Marina Beach (and its adjoining resort San Lameer) was recognised in 2002 as a Blue Flag beach.

Some visitors come for the annual late autumn or early winter phenomenon on the KwaZulu-Natal coast of the "sardine run". Referred to as "the greatest shoal on earth", the sardine run occurs when millions of sardines migrate from their spawning grounds south of the southern tip of Africa northward along the Eastern Cape coastline toward KwaZulu-Natal. They follow a route close inshore, often resulting in many fish washing up on beaches. The huge shoal of tiny fish can stretch for many kilometres; it is preyed upon by thousands of predators, including game fish, sharks, dolphins and seabirds. Usually the shoals break up and the fish disappear into deeper water around Durban. Scientists have been unable to answer many questions surrounding this exceptional seasonal event.

The interior of the province consists largely of rolling hills from the Valley of a Thousand Hills to the Midlands. Their beauty has inspired literature. Alan Paton, in the novel Cry, the Beloved Country, wrote:

The Portuguese explorer Vasco da Gama saw the coast of Natal on Christmas Day 1497. Natal is the Portuguese word for Christmas which gave rise to the European name for the region. The area was occupied centuries ago by the Nguni branch of the Bantu.

The first European settlers, mostly British, established Port Natal, a trading post. They made almost no attempt to develop the interior, whose inhabitants had been decimated by the Zulu king, Shaka. The Afrikaner Voortrekkers entered the area via the Drakensberg passes in 1837. These Afrikaners defeated the Zulus at the Battle of Blood River in 1838 and thereafter established the Republic of Natal. Thus, the territory was once part of a short-lived Boer republic between 1839 and 1843 until its annexation by Britain. Many Afrikaner inhabitants left for the interior after the annexation and were replaced by immigrants, mainly from Britain. From 1860 onward, increasing numbers of Indians, mainly Tamils, were brought in by the British mainly to work in the sugar plantations on the coast. The colony acquired Zululand (the area north of the Tugela River) after the Zulu War of 1879. The lands north of the Buffalo River were added in 1902. Boer forces entered the area during the South African War (1899 to 1902)also known as the second Boer Warand laid siege to Ladysmith. They failed to build on their initial advantage and for three months the line between the opposing forces followed the course of the Tugela River. In 1910, the colony became a province of the Union of South Africa and in 1961 of the Republic of South Africa.

When the homeland of KwaZulu, which means "Place of the Zulu" was re-incorporated into the Natal province after the end of apartheid in 1994, the province of Natal, which had existed between 1910 and 1994, was renamed KwaZulu-Natal. The province is home to the Zulu monarchy; the majority population and language of the province is Zulu. It is the only province in South Africa that has the name of its dominant ethnic group as part of its name.

The lion and wildebeest supporters are symbols of, respectively, KwaZulu and Natal, the regions joined to create KwaZulu-Natal. The zig-zag stripe represents the Drakensberg and the star the Zulu myth that the Zulu people are "star people" ("people of heaven"). The strelitzia flower on the shield symbolizes the province's beauty, while the assegai and knobkierrie behind the shield represent protection and peace. The base of the crown element is a type of headdress traditiona… 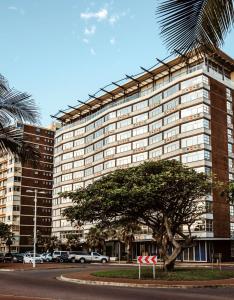 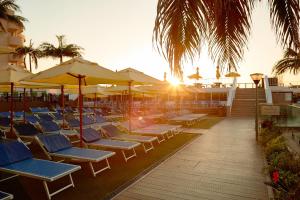 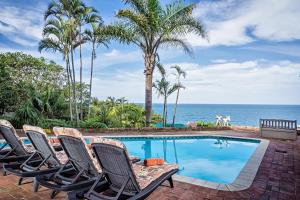 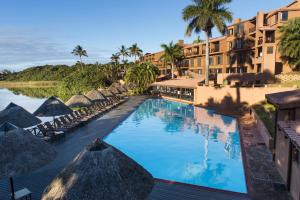 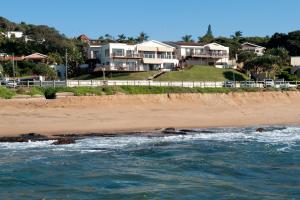 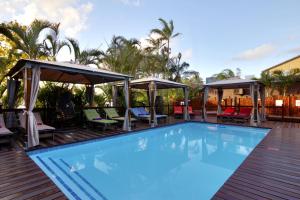 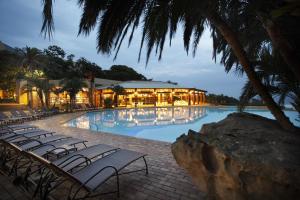 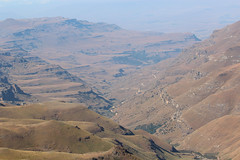 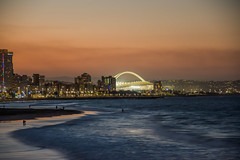 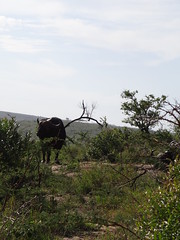 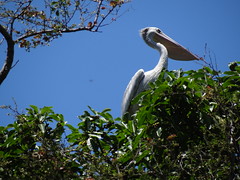 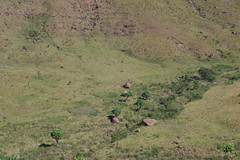 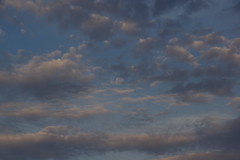 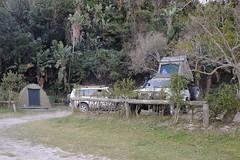 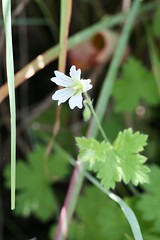 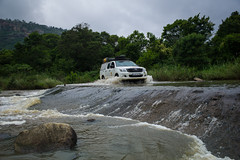 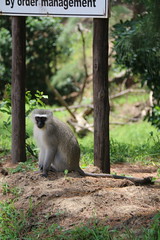 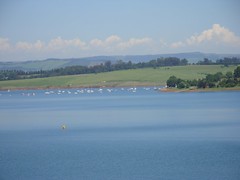 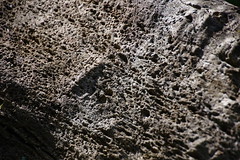 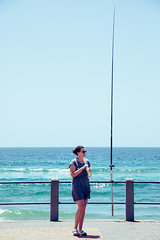 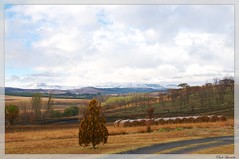 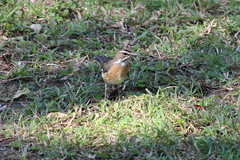