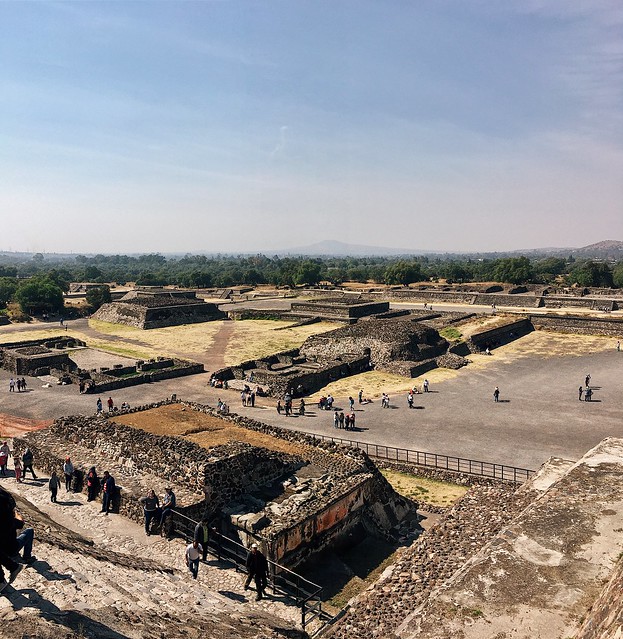 Mexico (Spanish: México Spanish: [ˈmexiko]; ), officially the United Mexican States (Spanish: Estados Unidos Mexicanos!-- Not e: The only official name found in documents is "Estados Unidos Mexicanos" NOT "Estados Unidos de México" (which is not formally recognized); they do not mean the same thing so please don't add it. --> Spanish: [esˈtaðos uˈniðos mexiˈkanos]), is a country in the southern portion of North America. It is bordered to the north by the United States; to the south and west by the Pacific Ocean; to the southeast by Guatemala, Belize, and the Caribbean Sea; and to the east by the Gulf of Mexico. Covering almost , the nation is the fourth largest country in the Americas by total area and the 13th largest independent state in the world.With an estimated population of over 129 million people, Mexico is the tenth most populous country and the most populous Spanish-speaking country in the world, while being the second most populous nation in Latin America after Brazil.Mexico is a federation comprising 31 states plus Mexico City (CDMX), which is the capital city and its most populous city. Other metropolises in the country include Guadalajara, Monterrey, Puebla, Toluca, Tijuana, and León.

Pre-Columbian Mexico dates to about 8000 BC and is identified as one of six cradles of civilization and was home to many advanced Mesoamerican civilizations such as the Olmec, Toltec, Teotihuacan, Zapotec, Maya, and Aztec before first contact with Europeans. In 1521, the Spanish Empire conquered and colonized the territory from its politically powerful base in Mexico-Tenochtitlan (part of Mexico City), which was administered as the viceroyalty of New Spain. The Roman Catholic Church played a powerful role in governing the country as millions were converted to the faith, although King Charles III expelled the Jesuits in the 1770s.The territory became a nation state following its recognition in 1821 after the Mexican War of Independence. The post-independence period was tumultuous, characterized by economic inequality and many contrasting political changes. The Mexican–American War (1846–1848) led to a territorial loss of part of the huge northern territories to the United States. The Pastry War, the Franco-Mexican War, a civil war, two empires, and the Porfiriato occurred in the 19th century.The Porfiriato ended with the Mexican Revolution in 1910, which culminated in the promulgation of the 1917 Constitution and the emergence of an authoritarian one-party state, once described as the "perfect dictatorship", that ruled for much of the 20th century until the opposition victories led Mexico to democratic transition in the 1990s.

Mexico has the 15th largest nominal GDP and the 11th largest by purchasing power parity. The Mexican economy is strongly linked to those of its 1994 North American Free Trade Agreement (NAFTA) partners, especially the United States. In 1994, Mexico became the first Latin American member of the Organisation for Economic Co-operation and Development (OECD). It is classified as an upper-middle income country by the World Bank and a newly industrialized country by several analysts. The country is considered both a regional power and a middle power, and is often identified as an emerging global power. Due to its rich culture and history, Mexico ranks first in the Americas and seventh in the world for number of UNESCO World Heritage Sites. Mexico is an ecologically ''megadiverse country'', ranking fifth in the world for its biodiversity. Mexico receives a huge number of tourists every year: in 2018, it was the sixth most-visited country in the world, with 39 million international arrivals. Mexico is a member of the United Nations (UN), the World Trade Organization (WTO), the G8+5, the G20, the Uniting for Consensus group of the UN, and the Pacific Alliance trade bloc.

is the Nahuatl term for the heartland of the Aztec Empire, namely the Valley of Mexico and surrounding territories, with its people being known as the Mexica. The terms are plainly linked; it is generally believed that the toponym for the valley was the origin of the primary ethnonym for the Aztec Triple Alliance, but it may have been the other way around. In the colonial era, back when Mexico was called New Spain, this territory became the Intendency of Mexico. After New Spain achieved independence from the Spanish Empire, said territory came to be known as the State of Mexico, with the new country being named after its capital: Mexico City, which itself was founded in 1524 on top of the ancient Mexica capital of Mexico-Tenochtitlan.

Traditionally, the name was believed to come from Nahuatl ("rock") and ("prickly pear") and is often thought to mean "Among the prickly pears among rocks". However, one attestation in the late 16th-century manuscript known as "the Bancroft dialogues" suggests the second vowel was short, so that the true etymology remains uncertain.

The suffix is the Nahuatl locative, making the word Mexico a place name. Beyond that, the etymology is uncertain. It has been suggested that it is derived from or , a secret name for the god of war and patron of the Mexica, Huitzilopochtli, in which case means "place where Huitzilopochtli lives". Another hypothesis suggests that derives from a portmanteau of the Nahuatl words for "moon" () and navel ().This meaning ("at the navel of the moon") might refer to Tenochtitlan's position in the middle of Lake Texcoco. The system of interconnected lakes, of which Texcoco formed the center, had the form of a rabbit, which the Mesoamericans pareidolically associated with the moon rabbit. Still another hypothesis suggests that the word is derived from , the name of the goddess of maguey.

The name of the city-state was transliterated to Spanish as with the phonetic value of the letter in Medieval Spanish, which represented the voiceless postalveolar fricative ʃ. This sound, as well as the voiced postalveolar fricative ʒ, represented by a , evolved into a voiceless velar fricative x during the 16th century. This led to the use of the variant in many publications in Spanish, most notably in Spain, whereas in Mexico and most other Spanish–speaking countries, was the preferred spelling. In recent years, the Real Academia Española, which regulates the Spanish language, determined that both variants are acceptable in Spanish but that the normative recommended spelling is . The majority of publications in all Spanish-speaking countries now adhere to the new norm, even though the alternative variant is still occasionally used. In English, the 'x' in Mexico represents neither the original nor the current sound, but the consonant cluster ks.

The official name of the country has changed as the form of government has changed. The declaration of independence signed on November 6, 1813 by the deputies of the Congress of Anáhuac called the territory América Septentrional (Northern America). On two occasions (1821–1823 and 1863–1867), the country was known as (Mexican Empire). All three federal constitutions (1824, 1857 and 1917, the current constitution) used the name —or the variant , all of which have been translated as "United Mexican States". The phrase , "Mexican Republic", was used in the 1836 Constitutional Laws.

The earliest human artifacts in Mexico are chips of stone tools found near campfire remains in the Valley of Mexico and radiocarbon-dated to circa 10,000 years ago. Mexico is the site of the domestication of maize, tomato, and beans, which produced an agricultural surplus. This enabled the transition from paleo-Indian hunter-gatherers to sedentary agricultural villages beginning around 5000 BC.

In the subsequent formative eras, maize cultivation and cultural traits such as a mythological and religious complex, and a vigesimal numeric system, were diffused from the Mexican cultures to the rest of the Mesoamerican culture area. In this period, villages became more dense in terms of population, becoming socially stratified with an artisan class, and developing into chiefdoms. The most powerful rulers had religious and political power, organizing the construction of large ceremonial centers developed.

The earliest complex civilization in Mexico was the Olmec culture, which flourished on the Gulf Coast from around 1500 BC. Olmec cultural traits diffused through Mexico into other formative-era cultures in Chiapas, Oaxaca and the Valley of Mexico. The formative period saw the spread of distinct religious and symbolic traditions, as well as artistic and architectural complexes. The formative-era of Mesoamerica is considered one of the six independent cradles of civilization.

In the subsequent pre-classical period, the Maya and Zapotec civilizations developed complex centers at Calakmul and Monte Albán, respectively. During this period the first true Mesoamerican writing systems were developed in the Epi-Olmec and the Zapotec cultures. The Mesoamerican writing tradition reached its height in the Classic Maya Hieroglyphic script.

In Central Mexico, the height of the classic period saw the ascendancy of Teotihuacán, which formed a military and commercial empire whose political influence stretched south into the Maya area as well as north. Teotihuacan, with a population of more than 150,000 people, had some of the largest pyramidal structures in the pre-Columbian Americas. After the collapse of Teotihuacán around 600 AD, competition ensued between several important political centers in central Mexico such as Xochicalco and Cholula. At this time, during the Epi-Classic, Nahua peoples began moving south into Mesoamerica from the North, and became politically and culturally dominant in central Mexico, as they displaced speakers of Oto-Manguean languages.

During the early post-classic, Central Mexico was dominated by the Toltec culture, Oaxaca by the Mixtec, and the lowland Maya area had important centers at Chichén Itzá and … 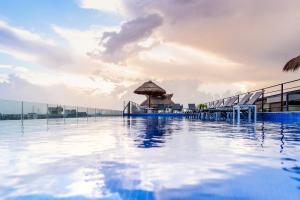 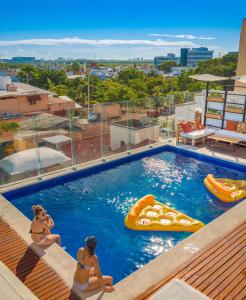 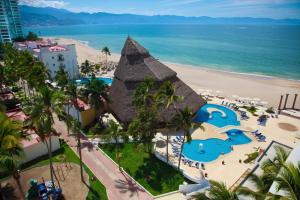 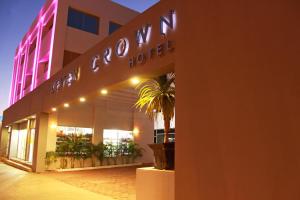 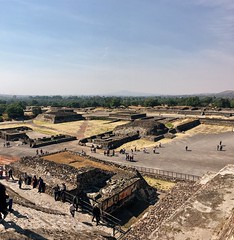 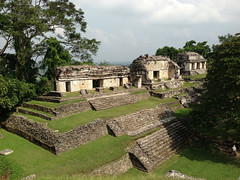 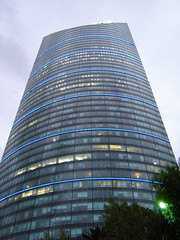 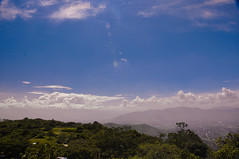 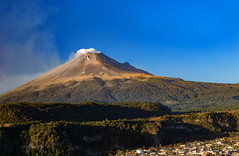 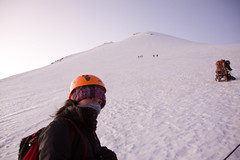 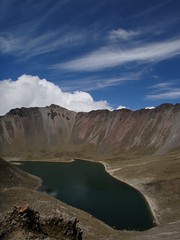 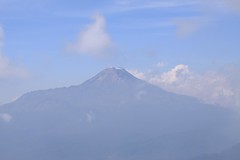 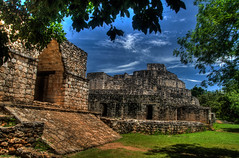 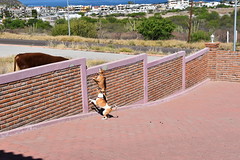 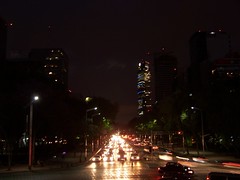 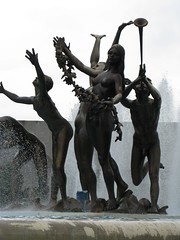 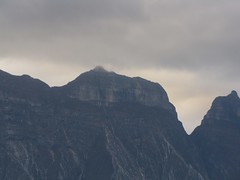 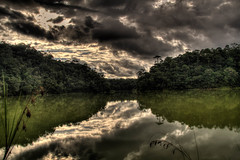 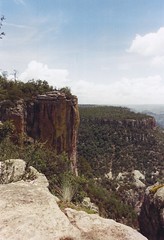 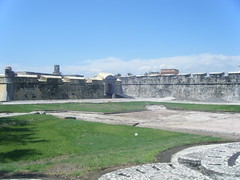 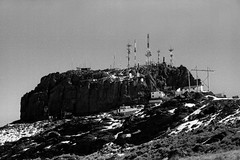 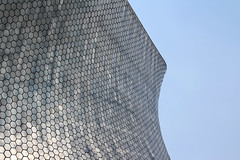 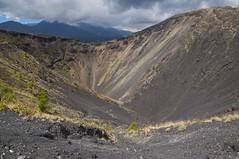 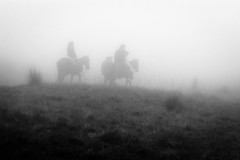