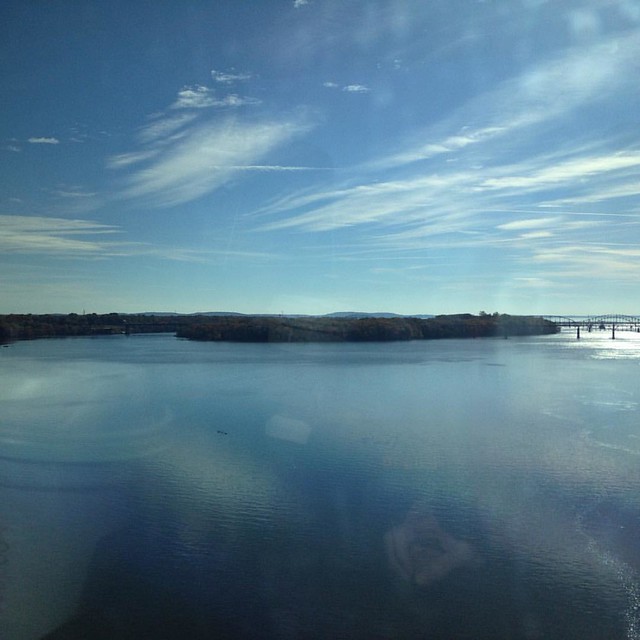 The river drains , including nearly half of the land area of Pennsylvania. The drainage basin (watershed) includes portions of the Allegheny Plateau region of the Appalachian Mountains, cutting through a succession of water gaps in a broad zigzag course to flow across the rural heartland of southeastern Pennsylvania and northeastern Maryland in the lateral near-parallel array of mountain ridges. The river empties into the northern end of the Chesapeake Bay at Perryville and Havre de Grace, Maryland, providing half of the Bay's freshwater inflow. The Chesapeake Bay is the ria of the Susquehanna.

The Susquehanna River is one of the oldest existing rivers in the world, being dated as 320–340 Mya, older than the mountain ridges through which it flows. These ridges resulted from the Alleghenian orogeny uplift events, when Africa (as part of Gondwana) slammed into the Northern part of EurAmerica). The Susquehanna basin reaches its ultimate outflow in the Chesapeake Bay. It was well established in the flat tidelands of eastern North America during the Mesozoic era about 252 to 66 million years ago. This is the same period when the Hudson, Delaware and Potomac rivers were established.

Both branches and the lower Susquehanna were part of important regional transportation corridors. The river was extensively used for muscle-powered ferries, boats, and canal boat shipping of bulk goods in the brief decades before the Pennsylvania Canal System was eclipsed by the coming of age of steam-powered railways. While the railroad industry has been less prevalent since the closures and mergers of the 1950s–1960s, a wide-ranging rail transportation infrastructure still operates along the river's shores.

Also called the Main Branch Susquehanna, the longer branch of the river rises at the outlet of Otsego Lake in Cooperstown, New York. From there, the north branch of the river runs west-southwest through rural farmland and dairy country, receiving the Unadilla River at Sidney. It dips south into Pennsylvania briefly to turn sharply north at Great Bend hooking back into New York. It receives the Chenango in downtown Binghamton. After meandering westwards, it turns south crossing the line again through the twin-towns of Waverly, NY–Sayre and their large right bank railyard, once briefly holding the largest structure in the United States devoted to the maintenance and construction of railroad locomotives.

A couple miles south, just across the New York state line, in Athens Township (just south of Waverly, New York) in northern Pennsylvania it receives the Chemung from the northwest. It makes a right-angle curve between Sayre and Towanda to cut through the Endless Mountains in the Allegheny Plateau of Pennsylvania. It receives the Lackawanna River southwest of Scranton and turns sharply to the southwest, flowing through the former anthracite industrial heartland in the mountain ridges of northeastern Pennsylvania, past Pittston City (Greater Pittston), Wilkes-Barre, Nanticoke, Shickshinny, Berwick, Bloomsburg, and Danville.

The origin of the official West Branch is near northern Cambria County, Pennsylvania near the contemporary and US Route 219 (locally Plank Road). It travels northeasterly through Curwensville (where the river is dammed to form a lake), into and through Clearfield, Pennsylvania, where it's joined by the Clearfield Creek right bank tributary.

The Clearfield Creek tributary rises in a Loretto woodlands source spring outflow, initially running northerly while draining the north-face and eastern slopes of the drainage divide crossing athwart the greater pass — the irregular rolling terrain of the several local gaps of the Allegheny—several of which end in the hilly pass around Gallitzin Borough, and Gallitzin Township, Tunnelhill, Cresson area — all above and within the greater Altoona, Pennsylvania area.

Clearfield Creek passes through Cresson Lake and bends to flow generally northeast or north-northeast, passing through other tarns and gradually receiving tributary waters along its descending meanders. Outside the pass flats, it is mostly paralleled by PA Route 53, which was built in the river valley, passing through small towns such as Ashville, Glen Hope and others that developed along its banks. It makes its way north and east to the confluence in Clearfield—this valley is also exploited as a railroad corridor from Clearfield, climbing to end in a wye within Cresson in the same broad saddle pass as did the upper works of the Allegheny Portage Railroad. The railroad joins the railroad mainline, climbing a nearby incline through the famous Horseshoe Curve (created by another Susquehanna River (main branch) tributary, in this case one feeding the waters of the Juniata River). The West Branch turns to the southeast and passes through Lock Haven and Williamsport before turning south. The West Branch joins the North Branch flowing from the northwest at Northumberland, just above Sunbury.

Downstream from the confluence of its branches in Northumberland, the river flows south past Selinsgrove, where it is joined by its Penns Creek tributary, and cuts through a water gap at the western end of Mahantongo Mountain. It receives the Juniata River from the northwest at Duncannon, then passes through its last water gap, the Susquehanna Gap through the Blue Mountain Ridge, just northwest of Harrisburg.

Downtown Harrisburg developed on the east side of the river, which is nearly a mile wide here. Harrisburg is the largest city located on the lower river, which flows southeast across South Central Pennsylvania, forming the border between York and Lancaster counties, and receiving Swatara Creek from the northeast. It crosses into northern Maryland approximately northeast of Baltimore and is joined by Octoraro Creek from the northeast and Deer Creek from the northwest. The river enters the northern end of the Chesapeake Bay at Havre de Grace. Concord Point Light was built here in 1827 to accommodate the increasing navigational traffic.

"Susquehanna" comes from the Len'api (or Delaware Indian) term Sisa'we'hak'hanna, which means "Oyster River." Oyster beds were widespread in the bay near the mouth of the river, which the Lenape farmed, leaving oyster shell middens.

Peoples of the mid-Atlantic Coast included coastal peoples who spoke Algonquian languages, such as the Len'api (whose bands spoke three dialects of Lenape), and Iroquoian languages-speaking peoples of the interior, such as the Eroni and the Five Nations of the Iroquois.The English of Pennsylvania referred to the Eroni people of Conestoga as "Susquehannocks" or "Susquehannock Indians," a name derived from the Lenape term. In addition, John Smith of Jamestown, Virginia, labeled their settlement as "Sasquesahanough" on his 1612 map when he explored the upper Chesapeake Bay area. In Virginia and other southern colonies, Siouan-speaking tribes constituted a third major language family, with their peoples occupying much of the middle areas of the interior. Iroquoian speakers, such as the Cherokee and Tuscarora, generally occupied areas to the interior near the Piedmont and foothills.

In the 1670s the Conestoga, or Susquehannock people, succumbed to Iroquois conquest by the powerful Five Nations based in present-day New York, and assimilated with them. In the aftermath, the Iroquois resettled some of the semi-tributary Lenape in this area, as it was near the western boundary of the Lenape's former territory, known as Lenapehoking.

The river has played an important role throughout the history of the United States. In the 18th century, William Penn, the founder of the Pennsylvania Colony, negotiated with the Lenape to allow white settlement in the area between the Delaware River and the Susquehanna, which was part of Lenape territory. In late colonial times, the river became an increasingly important transportation corridor, used to ship anthracite coal discovered by Necho Allen in its upper reaches in the mountains.

In 1779 during the American Revolutionary War, General James Clinton led an expedition down the Susquehanna from its headwaters. His party had made the upper portion navigable by damming the river's source at Otsego Lake, allowing the lake's level to rise, and then destroying the dam and flooding the river in order for his flotilla to travel for miles downstream. James Fenimore Cooper described this event in the introduction to his historical novel, The Pioneers (1823).

At Athens, Pennsylvania, then known as Tioga or "Tioga Point", Clinton met with General John Sullivan and his forces, who had marched from Easton, Pennsylvania. Together on August 29, they defeated the Tories and warriors of allied Iroqu…

Text taken from Wikipedia - Susquehanna River under the CC-BY-SA-3.0 on September 25, 2019 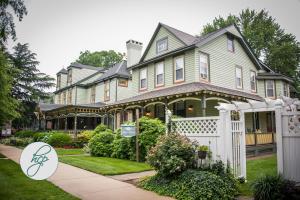 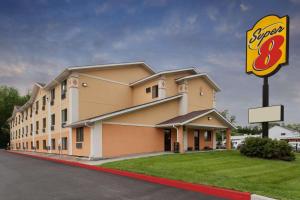 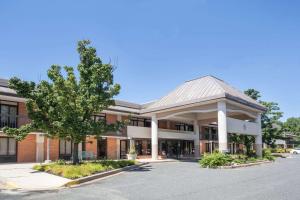 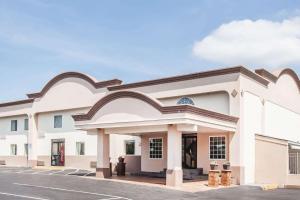 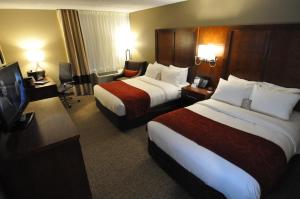 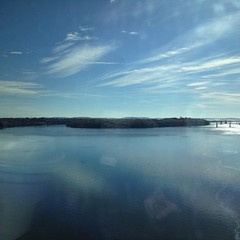