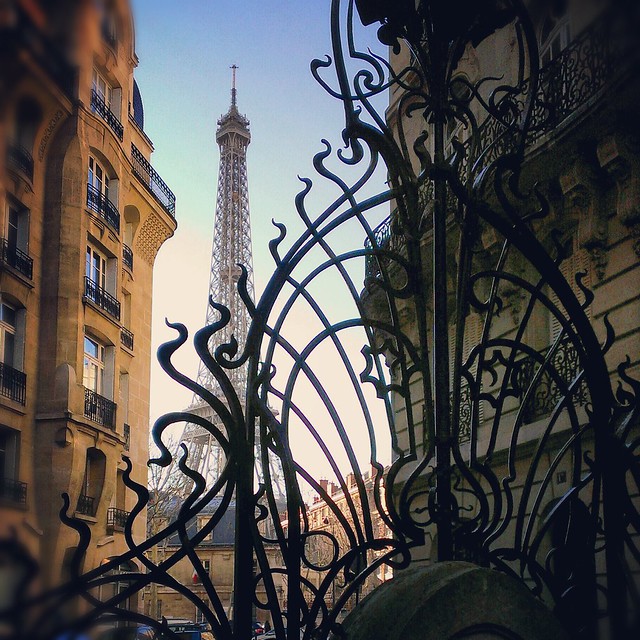 France (French: [fʁɑ̃s]) officially the French Republic (French: République française, French: [ʁepyblik fʁɑ̃sɛːz]), is a country whose territory consists of metropolitan France in Western Europe and several overseas regions and territories. The metropolitan area of France extends from the Mediterranean Sea to the English Channel and the North Sea, and from the Rhine to the Atlantic Ocean. It is bordered by Belgium, Luxembourg and Germany to the northeast, Switzerland and Italy to the east, and Andorra and Spain to the south. The overseas territories include French Guiana in South America and several islands in the Atlantic, Pacific and Indian oceans. The country's 18 integral regions (five of which are situated overseas) span a combined area of and a total population of 67.02 million (). France is a unitary semi-presidential republic with its capital in Paris, the country's largest city and main cultural and commercial centre. Other major urban areas include Lyon, Marseille, Toulouse, Bordeaux, Lille and Nice.

During the Iron Age, what is now metropolitan France was inhabited by the Gauls, a Celtic people. Rome annexed the area in 51 BC, holding it until the arrival of Germanic Franks in 476, who formed the Kingdom of Francia. The Treaty of Verdun of 843 partitioned Francia into East Francia, Middle Francia and West Francia. West Francia, which became the Kingdom of France in 987, emerged as a major European power in the Late Middle Ages, following its victory in the Hundred Years' War (1337–1453). During the Renaissance, French culture flourished and a global colonial empire was established, which by the 20th century would become the second largest in the world. The 16th century was dominated by religious civil wars between Catholics and Protestants (Huguenots). France became Europe's dominant cultural, political, and military power in the 17th century under Louis XIV. In the late 18th century, the French Revolution overthrew the absolute monarchy, establishing one of modern history's earliest republics and drafting the Declaration of the Rights of Man and of the Citizen, which expresses the nation's ideals to this day.

In the 19th century, Napoleon took power and established the First French Empire. His subsequent Napoleonic Wars (1803–15) shaped the course of continental Europe. Following the collapse of the Empire, France endured a tumultuous succession of governments culminating with the establishment of the French Third Republic in 1870. France was a major participant in World War I, from which it emerged victorious, and was one of the Allies in World War II, but came under occupation by the Axis powers in 1940. Following liberation in 1944, a Fourth Republic was established and later dissolved in the course of the Algerian War. The Fifth Republic, led by Charles de Gaulle, was formed in 1958 and remains today. Algeria and nearly all the other colonies became independent in the 1960s, with most retaining close economic and military connections with France.

France has long been a global centre of art, science, and philosophy. It hosts the world's fourth-largest number of UNESCO World Heritage Sites and is the leading tourist destination, receiving around 83 million foreign visitors annually. France is a developed country with the world's sixth-largest economy by nominal GDP, and tenth-largest by purchasing power parity. In terms of aggregate household wealth, it ranks fourth in the world. France performs well in international rankings of education, health care, life expectancy, and human development. France is considered a great power in global affairs, being one of the five permanent members of the United Nations Security Council with the power to veto and an official nuclear-weapon state. It is a leading member state of the European Union and the Eurozone,and a member of the Group of 7, North Atlantic Treaty Organization (NATO), Organisation for Economic Co-operation and Development (OECD), the World Trade Organization (WTO), and La Francophonie.

Originally applied to the whole Frankish Empire, the name France comes from the Latin , or "country of the Franks". Modern France is still named today in Italian and Spanish, while in German, in Dutch and in Swedish all mean "Land/realm of the Franks".

There are various theories as to the origin of the name Frank. Following the precedents of Edward Gibbon and Jacob Grimm, the name of the Franks has been linked with the word frank (free) in English. It has been suggested that the meaning of "free" was adopted because, after the conquest of Gaul, only Franks were free of taxation. Another theory is that it is derived from the Proto-Germanic word , which translates as javelin or lance as the throwing axe of the Franks was known as a francisca. However, it has been determined that these weapons were named because of their use by the Franks, not the other way around.

Prehistory (before the 6th century BC)

The oldest traces of human life in what is now France date from approximately 1.8 million years ago. Over the ensuing millennia, Humans were confronted by a harsh and variable climate, marked by several glacial eras.

Early hominids led a nomadic hunter-gatherer life.France has a large number of decorated caves from the upper Palaeolithic era, including one of the most famous and best preserved, Lascaux(approximately 18,000 BC). At the end of the last glacial period (10,000 BC), the climate became milder;from approximately 7,000 BC, this part of Western Europe entered the Neolithic era and its inhabitants became sedentary.

After strong demographic and agricultural development between the 4th and 3rd millennia, metallurgy appeared at the end of the 3rd millennium, initially working gold, copper and bronze, and later iron. France has numerous megalithic sites from the Neolithic period, including the exceptionally dense Carnac stones site (approximately 3,300 BC).

In 600 BC, Ionian Greeks, originating from Phocaea, founded the colony of Massalia (present-day Marseille), on the shores of the Mediterranean Sea. This makes it France's oldest city. At the same time, some Gallic Celtic tribes penetrated parts of the current territory of France, and this occupation spread to the rest of France between the 5th and 3rd century BC.

The concept of Gaul emerged at that time; it corresponds to the territories of Celtic settlement ranging between the Rhine, the Atlantic Ocean, the Pyrenees and the Mediterranean. The borders of modern France are roughly the same as those of ancient Gaul, which was inhabited by Celtic Gauls. Gaul was then a prosperous country, of which the southernmost part was heavily subject to Greek and Roman cultural and economic influences.

Around 390 BC the Gallic chieftain Brennus and his troops made their way to Italy through the Alps, defeated the Romans in the Battle of the Allia, and besieged and ransomed Rome. The Gallic invasion left Rome weakened, and the Gauls continued to harass the region until 345 BC when they entered into a formal peace treaty with Rome. But the Romans and the Gauls would remain adversaries for the next centuries, and the Gauls would continue to be a threat in Italy.

Around 125 BC, the south of Gaul was conquered by the Romans, who called this region Provincia Nostra ("Our Province"), which over time evolved into the name Provence in French. Julius Caesar conquered the remainder of Gaul and overcame a revolt carried out by the Gallic chieftain Vercingetorix in 52 BC. According to Plutarch and the writings of scholar Brendan Woods, the Gallic Wars resulted in 800 conquered cities, 300 subdued tribes, one million men sold into slavery, and another three million dead in battle.

Gaul was divided by Augustus into Roman provinces. Many cities were founded during the Gallo-Roman period, including Lugdunum (present-day Lyon), which is considered the capital of the Gauls.These cities were built in traditional Roman style, with a forum, a theatre, a circus, an amphitheatre and thermal baths. The Gauls mixed with Roman settlers and eventually adopted Roman culture and Roman speech (Latin, from which the French language evolved). The Roman polytheism merged with the Gallic paganism into the same syncretism.

From the 250s to the 280s AD, Roman Gaul suffered a serious crisis with its fortified borders being attacked on several occasions by barbarians. Nevertheless, the situation improved in the first half of the 4th century, which was a period of revival and prosperity for Roman Gaul. In 312, Emperor Constantin I converted to Christianity. Subsequently, Christians, who had been persecuted until then, increased rapidly across the entire Roman Empire. But, from the beginning of the 5th century, the Barbarian Invasions resumed. Teutonic tribes invaded the region from present-day Germany, the Visigoths settling in the southwest, the Burgundians along the Rhine River Valley, and the Franks (from whom the French take their name) in the north.

At the end of the Antiquity period, ancient Gaul was divided into several Germanic kingdoms and a remaining Gallo-Roman territory, known as the Kingdom of Syagrius. Simultaneously, Celtic Britons, fleeing the Anglo-Saxon settlement of Britain, settled the western part of Armorica. As a result, the Armorican peninsula was renamed Brittany, Celtic culture was revived and independent petty kingdoms arose in this region.

The first leader to make himself king of all the Franks was Clovis I, who began his reign in… 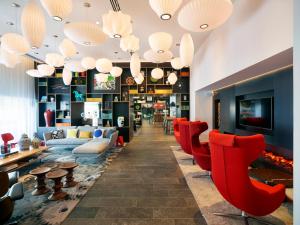 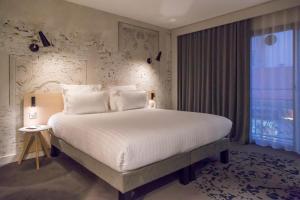 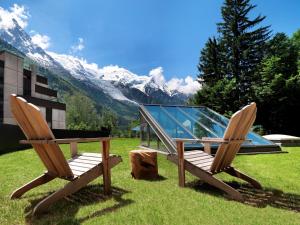 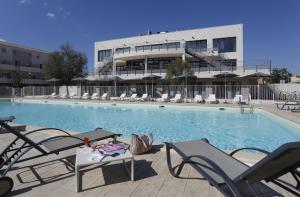 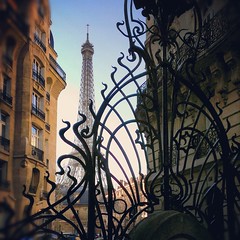 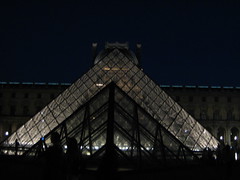 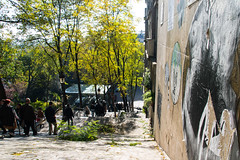 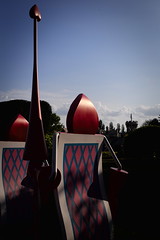 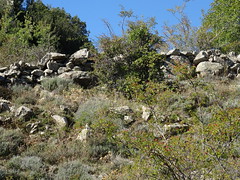 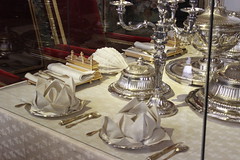 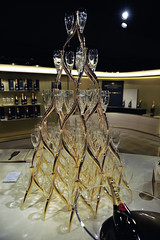 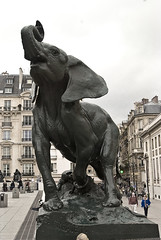 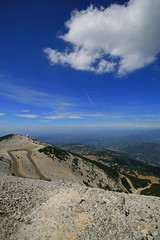 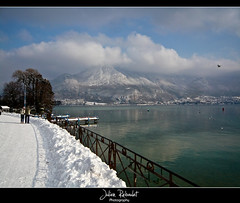 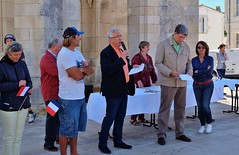 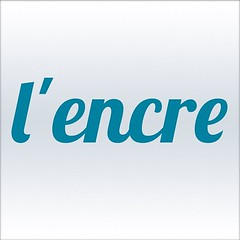 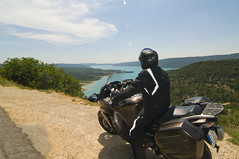 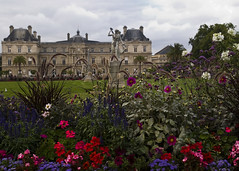 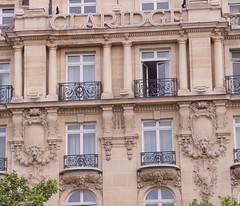 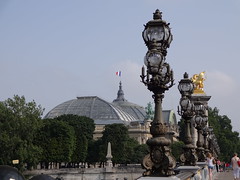 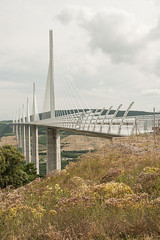 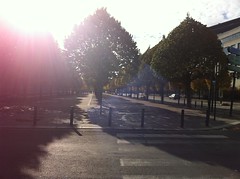 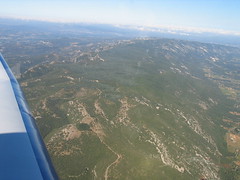 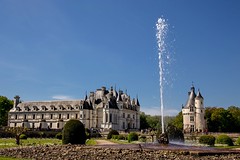 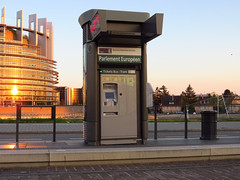 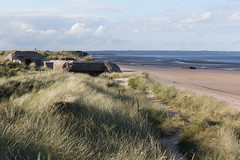