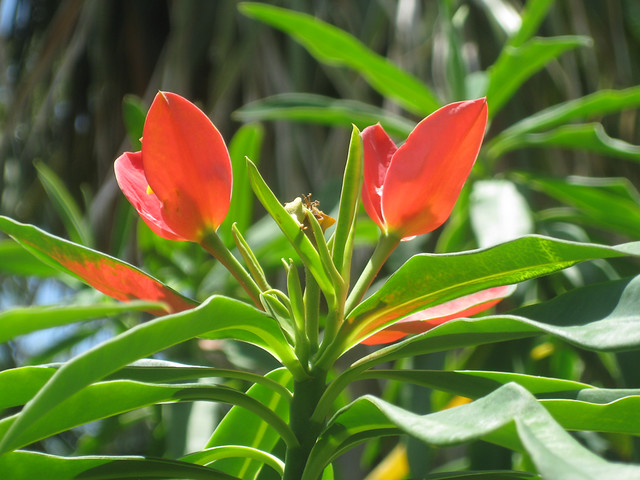 The Cayman Islands (English: /ˈkm/ or English: /k'mæn/) are an autonomous British Overseas Territory in the western Caribbean Sea. The territory comprises the three islands of Grand Cayman, Cayman Brac and Little Cayman, which are located to the south of Cuba and northeast of Honduras, between Jamaica and Mexico's Yucatán Peninsula. , the population of the Cayman Islands was estimated to be 64,420 making it the second-most populated British overseas territory after Bermuda.The capital city is George Town, situated on Grand Cayman, by far the most populous of the three islands.

The Cayman Islands is considered to be part of the geographic Western Caribbean Zone as well as the Greater Antilles. The territory is often considered a major world offshore financial haven for international businesses and many wealthy individuals.

No archaeological evidence for an indigenous presence has been found on the Cayman Islands and it is therefore thought that they were discovered by Christopher Columbus on 10 May 1503 on his final voyage to the Americas. He named 'Las Tortugas' due to the large number of turtles on the islands (which were soon hunted to near-extinction),ref name="History of the Cayman Islands">however in the succeeding decades the islands began to be referred to as the Caymans, after the caimans present there.ref name="History of Cayman Islands"/> No immediate colonisation occurred following Columbus's discovery, however a variety of settlers from various backgrounds made their home on the islands, including pirates, shipwrecked sailors, and deserters from Oliver Cromwell's army in Jamaica. Sir Francis Drake briefly visited the islands in 1586.

The first recorded permanent inhabitant of the Cayman Islands, Isaac Bodden, was born on Grand Cayman around 1661. He was the grandson of the original settler named Bodden who was probably one of Oliver Cromwell's soldiers at the taking of Jamaica in 1655.

England took formal control of the Cayman Islands, along with Jamaica, as a result of the Treaty of Madrid of 1670.That same year saw an attack on a turtle fishing settlement on Little Cayman by the Spanish under Manuel Ribeiro Pardal.Following several unsuccessful attempts at settlement in what had by now become a haven for pirates,a permanent English-speaking population in the islands dates from the 1730s.With settlement, after the first royal land grant by the Governor of Jamaica in 1734, came the perceived need for slaves. Many were brought to the islands from Africa; this is evident today with the majority of native Caymanians being of African and/or English descent. The results of the first census taken in the islands in 1802 showed the population on Grand Cayman to be 933, with 545 of those inhabitants being enslaved.Slavery was abolished in the Cayman Islands in 1833. At the time of abolition, there were over 950 blacks of African ancestry enslaved by 116 white families of English ancestry.

The islands continued to be governed as part of the Colony of Jamaica until 1962, when they became a separate Crown colony while Jamaica became an independent Commonwealth realm.

On 8 February 1794, the Caymanians rescued the crews of a group of ten merchant ships, including HMS Convert, an incident that has since become known as the Wreck of the Ten Sail.ref name="History of the Cayman Islands"/> The ships had struck a reef and run aground during rough seas. Legend has it that King George III rewarded the island with a promise never to introduce taxes as compensation for their generosity, as one of the ships carried a member of the King's own family. While this remains a popular legend, the story is not true.

Tourism began to take off in the 1950s with the opening of the airport, a bank and several hotels, plus a number of scheduled flights and cruise stop-overs.ref name="History of the Cayman Islands"/> Politically the Cayman Islands were an internally self-governing territory of Jamaica from 1958 to 1962, however they reverted to direct British rule following the independence of Jamaica in 1962.A large degree of internal autonomy was granted by a new constitution in 1972, with further revisions being made in 1994.The Cayman Islands government focused on boosting the territory's economy via tourism and off-shore finance, both of which mushroomed from the 1970s onwards.ref name="britannica.com"/> The Caymans have historically been a tax-exempt destination, and the government has always relied on indirect and not direct taxes. The territory has never levied income tax, capital gains tax, or any wealth tax, making them a popular tax haven.

The constitution was further modified in 2001 and 2009, codifying various aspects of human rights legislation.

On 11 September 2004 the island of Grand Cayman, which lies largely unprotected at sea level, was hit by Hurricane Ivan, creating an 8-ft (2.4 m) storm surge which flooded many areas of Grand Cayman. An estimated 83% of the dwellings on the island were damaged including 4% requiring complete reconstruction. A reported 70% of all dwellings suffered severe damage from flooding or wind. Another 26% sustained minor damage from partial roof removal, low levels of flooding, or impact with floating or wind driven hurricane debris. Power, water and communications were disrupted for months in some areas as Ivan was the worst hurricane to hit the islands in 86 years. Grand Cayman began a major rebuilding process and within two years its infrastructure was nearly returned to pre-hurricane status. Due to the tropical location of the islands, more hurricanes or tropical systems have affected the Cayman Islands than any other region in the Atlantic basin; it has been brushed or directly hit, on average, every 2.23 years.

The islands are in the western Caribbean Sea and are the peaks of an undersea mountain range called the Cayman Ridge (or Cayman Rise). This ridge flanks the Cayman Trough, deep which lies to the south. The islands lie in the northwest of the Caribbean Sea, east of Quintana Roo, Mexico and Yucatán State, Mexico, northeast of Costa Rica, north of Panama, south of Cuba and west of Jamaica. They are situated about south of Miami, east of Mexico, south of Cuba, and about northwest of Jamaica. Grand Cayman is by far the largest, with an area of . Grand Cayman's two "sister islands", Cayman Brac and Little Cayman, are about east north-east of Grand Cayman and have areas of respectively. The nearest land mass from Grand Cayman is the Canarreos Archipelago (about 150 miles away), whereas the nearest from the easternmost island Cayman Brac is the Jardines de la Reina archipelago (about 100 miles away) - both of which are part of Cuba.

All three islands were formed by large coral heads covering submerged ice age peaks of western extensions of the Cuban Sierra Maestra range and are mostly flat. One notable exception to this is The Bluff on Cayman Brac's eastern part, which rises to above sea level, the highest point on the islands.

Terrain is mostly a low-lying limestone base surrounded by coral reefs.

According to the Cayman Islands 2016 Compendium of Statistics released by the Economics and Statistics Office (ESO) the estimated resident population is above 61,000 people, broken down as follows:

George Town is the port capital of Grand Cayman. There are no berthing facilities for cruise ships, but up to four cruise ships can anchor in designated anchorages. There are three cruise terminals in George Town, the North, South, and Royal Watler Terminals. The ride from the ship to the terminal is about 5 minutes.

See Health in the Cayman Islands.

The Royal Cayman Islands Police Service (RCIPS) provides law enforcement for the three islands. Regular off-shore marine and air patrols are conducted by the RCIP using a small fleet of vessels and a helicopter. Grand Cayman is a port of call for Britain's Royal Navy and the United States Coast Guard who often assist with sea rescues when their resources are in the Cayman Islands area. The Cayman Islands Fire Service provides fire prevention, fire fighting and rescue. Its headquarters are in George Town and has substations in Frank Sound, West Bay, Cayman Brac and Little Cayman.

Access to Emergency Services is available using 9-1-1, the Emergency telephone number, the same number as is used in Canada and the United States. The Cayman Islands Department of Public Safety's Communications Centre processes 9-1-1 and non-emergency law enforcement, EMS, fire, and search and rescue calls for all three islands. The Communications Centre dispatches RCIP and EMS units directly, however, the Cayman Islands Fire Service maintains their own dispatch room at the airport fire station. 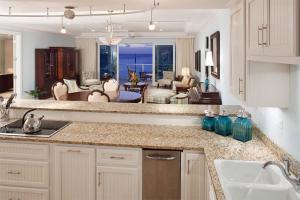 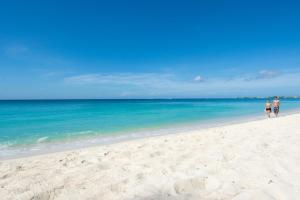 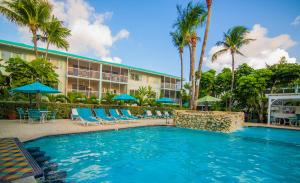 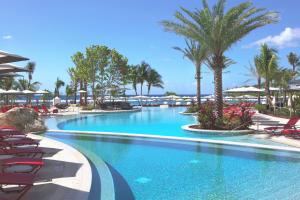 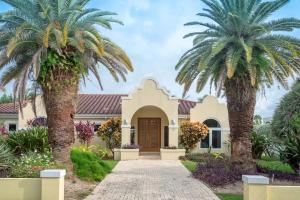 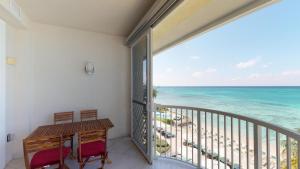 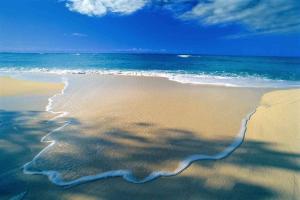 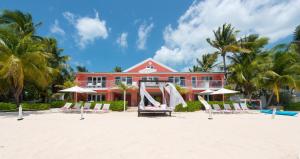 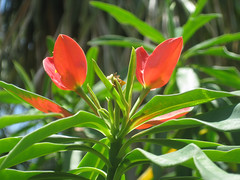 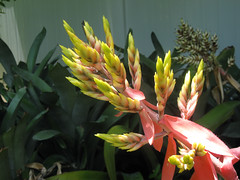 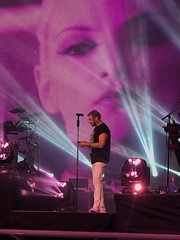 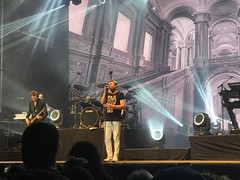 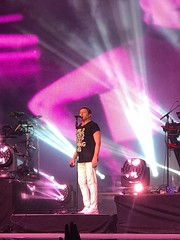 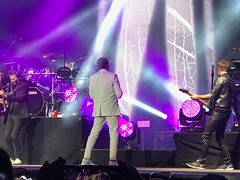 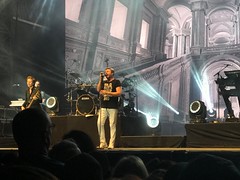 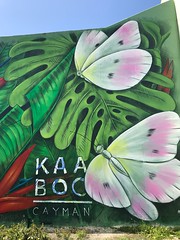 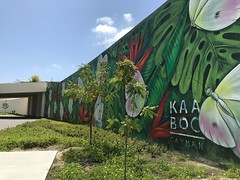 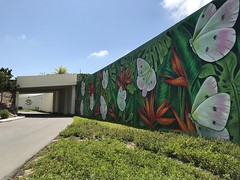 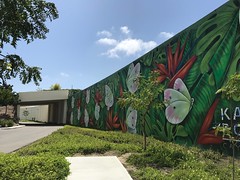 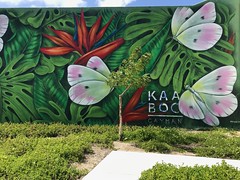 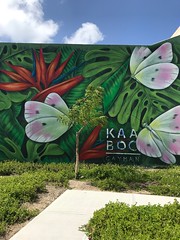 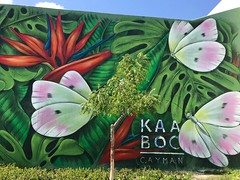 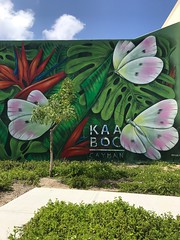